"Luzajic, like Wonder Woman, is her own institution." Paul Robinson, Blog Critics

"I am driven by eclectic curiosity, and by the joy of juxtaposition. My work is a curiosity cabinet and an apothecary of magic potions and spells. It is poetry, and a surreal dream. It is the frantic pace of the city and the magnificent silence of the night. It is about love and death and the sacred and inane, and the absurdity and beauty in all things."

Compared to Rauschenberg, Schwitters, and Basquiat, and inspired by Warhol, Joseph Cornell, Robert Motherwell, and Antoni Tapies, Lorette C. Luzajic wears her influences on her sleeve. Appropriating relentlessly from art history, advertising, music, poetry, fiction, culture, religion, and travel, she plunders everything but creates work that is original and entirely her own.

Lorette studied for and received a Bachelor of Applied Arts degree in journalism, but went on to focus on creative work in visual art, photography, poetry, and writing about art. She is the editor of The Ekphrastic Review at www.ekphrastic.net, a journal dedicated exclusively to literature inspired by visual artwork, and has published hundreds of poems and stories in nearly 200 magazines, journals and blogs. She teaches workshops on ekphrastic writing and on art without drawing. Her visual art shows regularly at home in Toronto, Canada, including at the Spoke Club, the Gladstone Hotel, Artusiasm Gallery, the Flying Pony Gallery, the Ritz Carlton, the Toronto Outdoor Art Exhibition, Scotiabank Contact Photography Festival, the Toronto Artist Project, Hashtag Gallery, Project Gallery, and more. She has also shown work further afield, including Brisbane, Bristol, Edinburgh, Los Angeles, San Diego, Chicago, New York, and other American cities. In 2017, she participated in an international artists symposium in Tunisia, working to create paintings for the Ministry of Culture and to show in two exhibitions in Tunis and Hammamet. She then went to Mexico for a duet exhibition at Le Cirque Galeria in Merida, Yucatan and a number of group shows at other venues. In 2018, she won $5000, first place for a painting, from Maple Leaf Sports and Entertainment. In 2019, her artwork was used in ad ad campaign for Carrera Y Carrera diamonds, a century old luxury jewelry company based in Madrid.

Lorette is also a writer and editor and her favourite subject is art and art history. She wrote a regular column on Wine and Art at Good Food Revolution, Canada's most widely read food blog. She is the founding editor of The Ekphrastic Review, a journal showcasing global literary talents and devoted entirely to writing inspired by visual art. She recently released Winter in June, and Pretty Time Machine, collections of prose poems and small stories inspired by paintings. Her creative writing has earned her three Pushcart Prize nominations, and two Best of the Net literary nominations, where she was a finalist in 2019.

Tuesday Has a Feeling

The Rabbit in the Hat

The Show Must Go On

Take It Or Leave It

You May Not Have Known

What Do You Believe?

Infinite Number of Things Waiting to Be Discovered

Night of the Hunters-Tori Amos

I Never Felt So

The Most Unsettling Person

There is a Light That Never Goes Out

The Girl With Kaleidoscope Eyes

In Chess, Even Legendary Masters Are Still Beginners

I Won't Back Down

Girl on a Swing

You Couldn't Ignore Me If You Tried

Does Anybody Know What Time It Is?

Bluebird on My Shoulder

The Ghosts That Haunt Me Now

Wild Horses Could Not Drag Me From You

Down on the Corner

Don't You Want Some Bunnies to Love?

The Middle of a Dream

The Babe in the Woods

Be Still and Know

Letters You Wrote to Me

The Secret of Joy

Today is the Day Before Tomorrow

A Picture of the World with You Inside It

The Best is Yet to Come

Back By Popular Demand

The King of Real Fried Chicken

Blame it on My Wild Heart

Our Lady of the Lost and Found

Enter the Wonderful World of Amazing Live Sea Monkeys, Own a Bowlfull of Happiness

How to Be a Productivity Ninja

I Was Born With a Plastic Spoon in My Mouth

SOLD As American As Apple Pie

SOLD Be Mine Coronavirus

SOLD We Wear the Mask

SOLD The Book of Disquiet

SOLD You Know I'm No Good

SOLD Plenty of Fish in the Sea

Elvis Has Left the Building

SOLD Cut to the Chase

SOLD When All Else Fails, Join the Circus

SOLD Biting Off More Than I Can Chew

SOLD All That She Brings

SOLD This Little Light of Mine

SOLD How to Bend the Light

SOLD Asking For a Friend

SOLD Out of the Night That Covers Me

SOLD You May Have Already Won Some Valuable Prizes 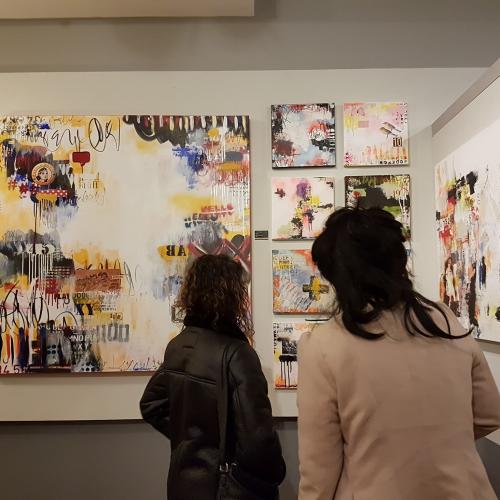 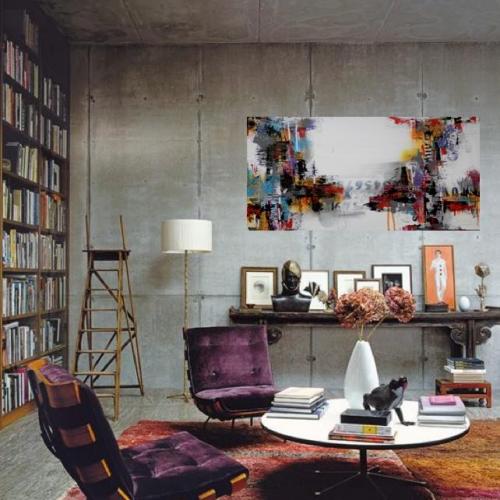 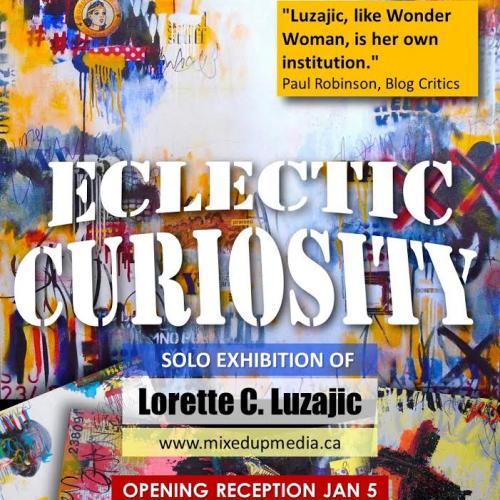 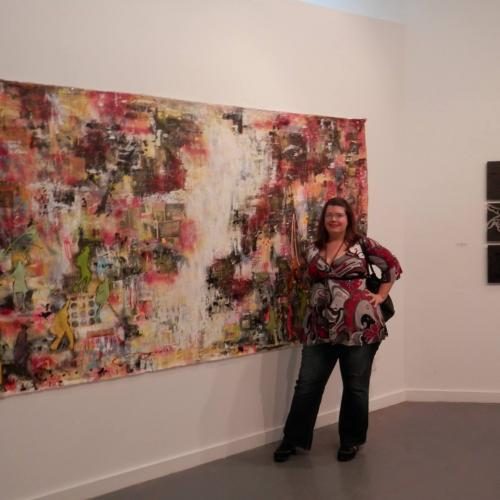 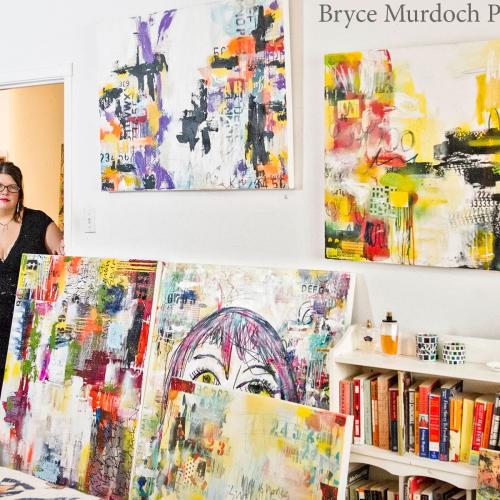 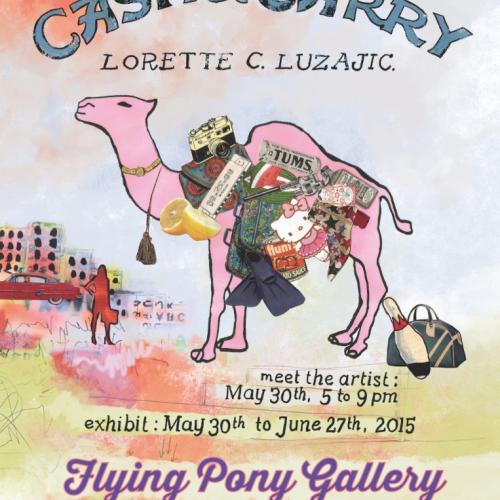 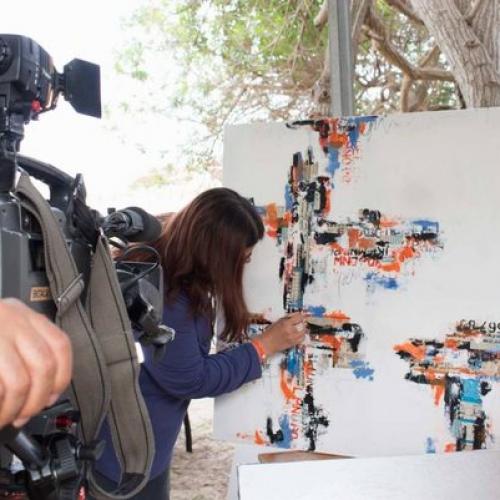 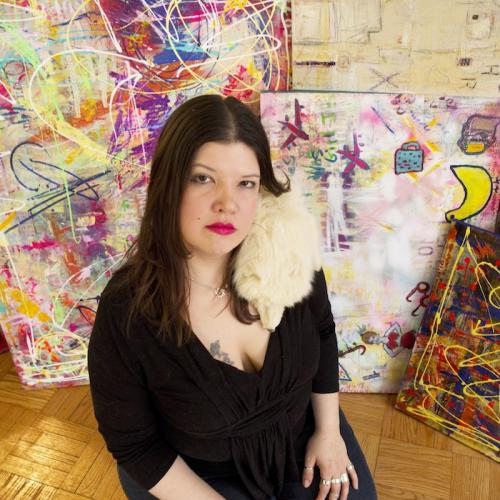 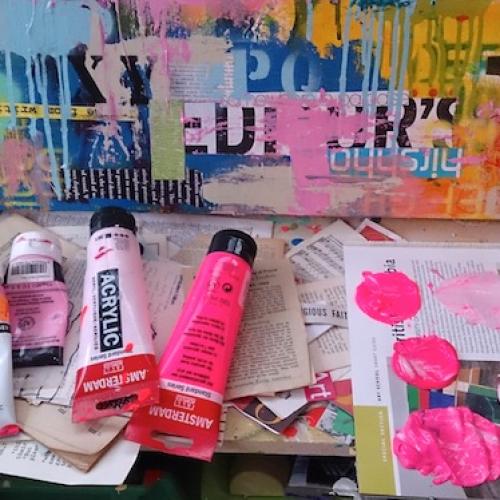 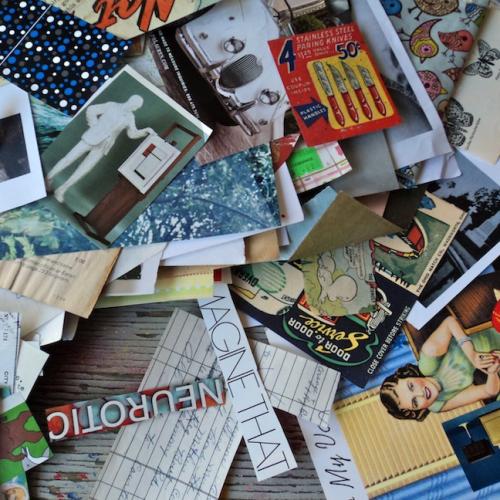 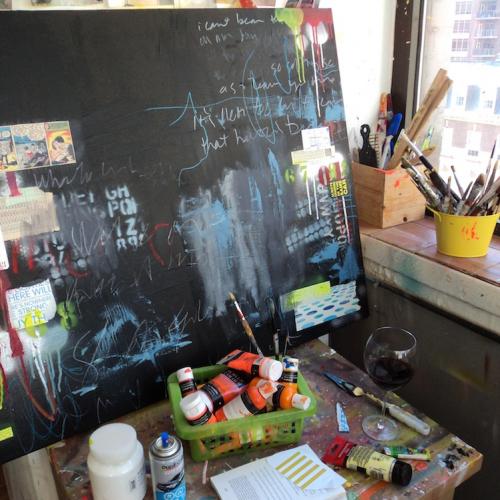 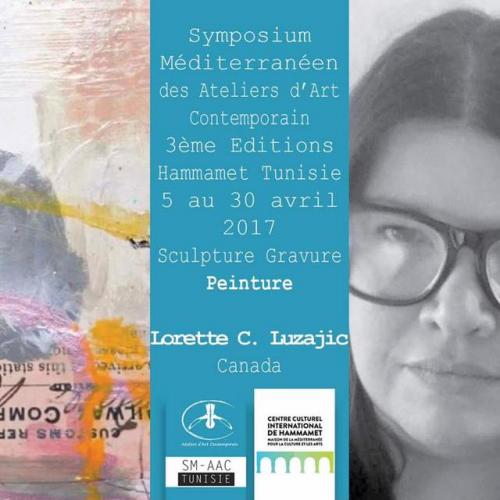 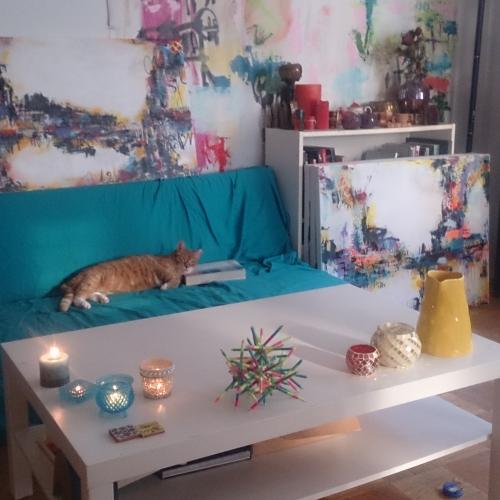 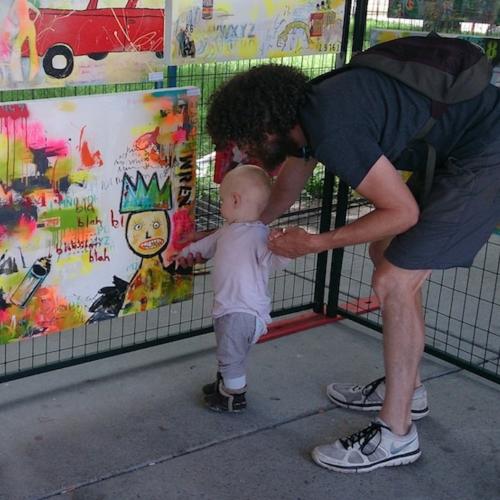 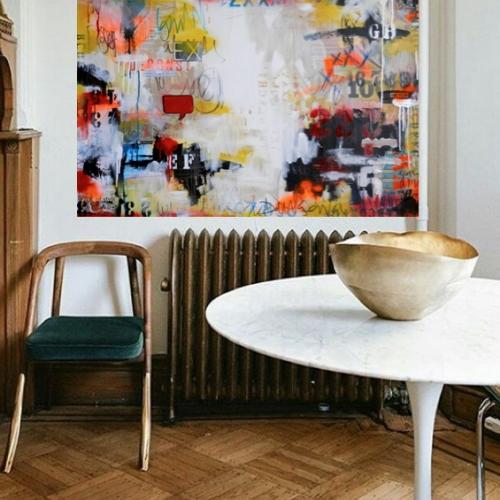 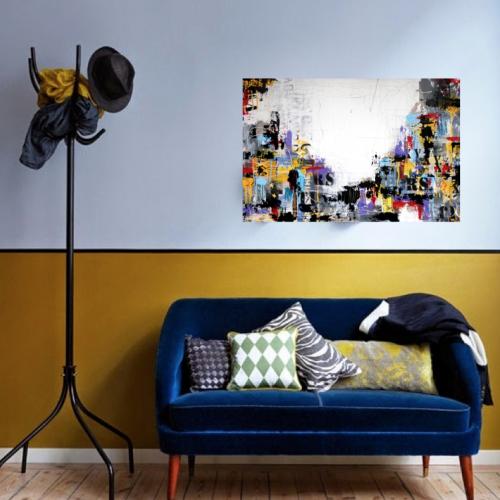 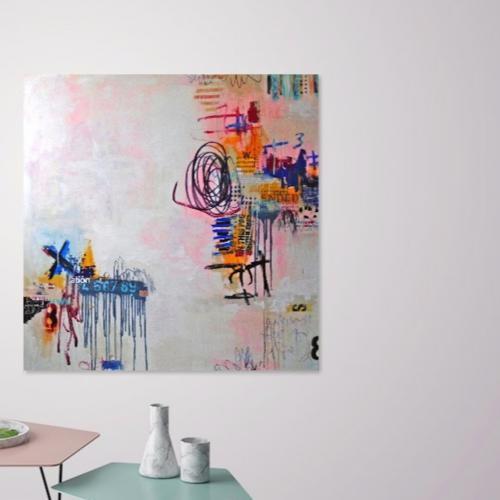 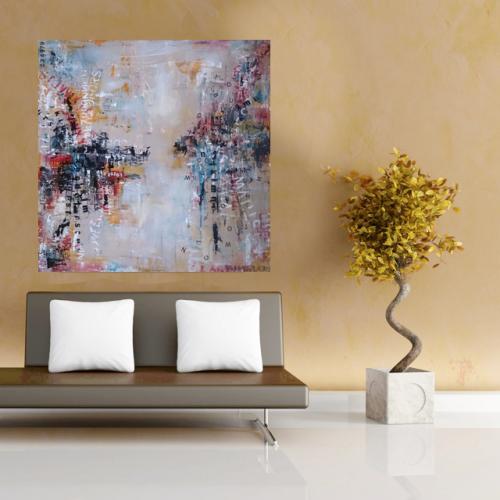 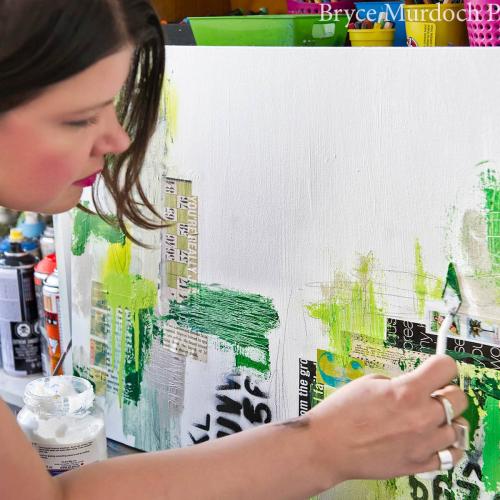 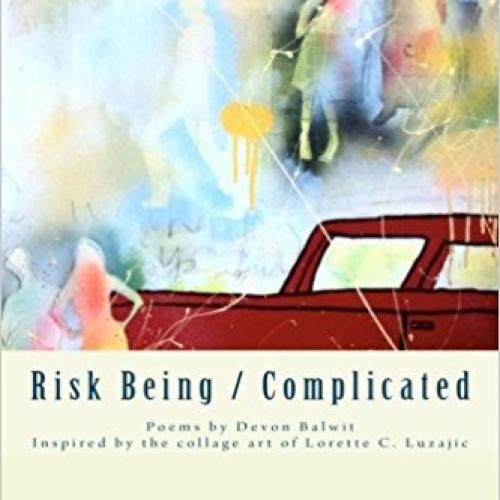 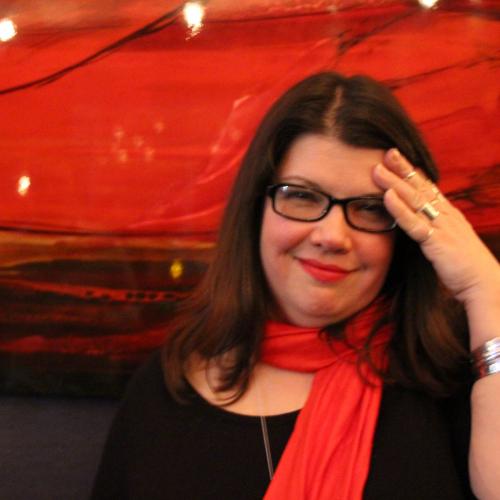 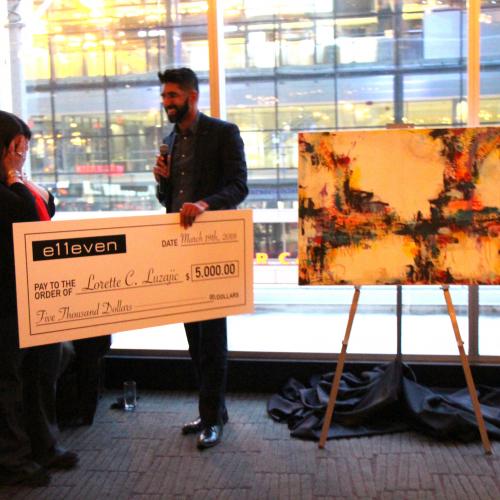 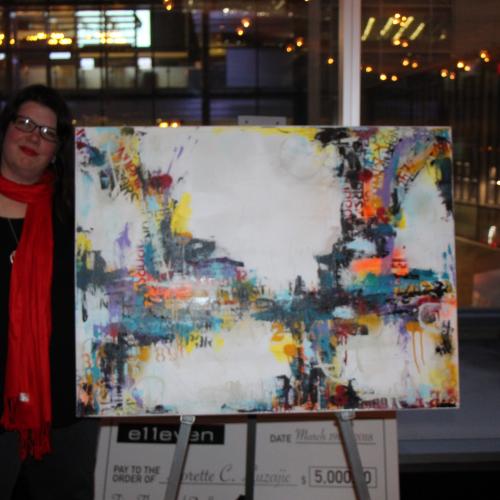 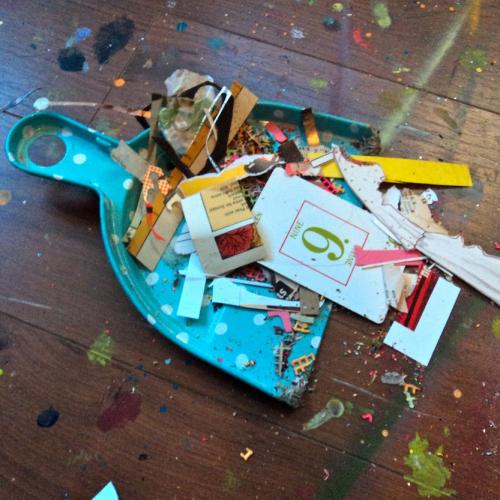 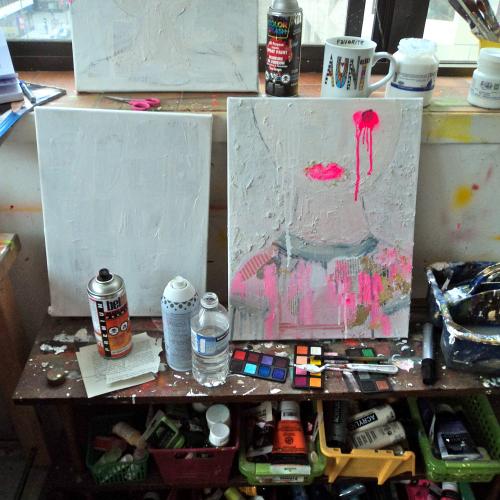 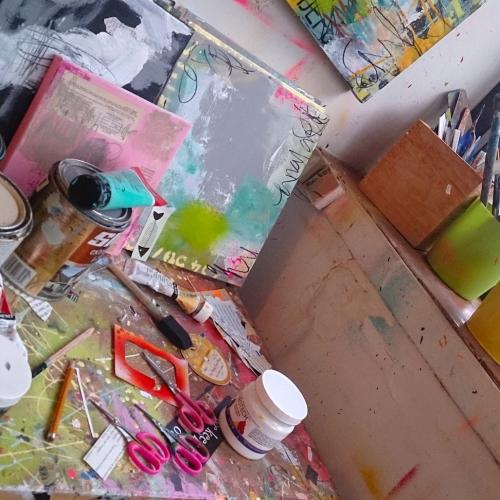 Why is art important to you?

Art adds meaning, enchantment, symbolism, and beauty to our surroundings and our souls

Only thing you need when you leave the house

Try-before-you-buy with a 3 month rental. 100% of your rental payments go towards the purchase (interest free). Message the artist directly, and start the conversation.

We make it easy for you to try art with smart payment plans and try-before-you-buy models.

See How It Works

Artwork protection is included on all art rentals up to $5K. Our Customer Care team is always here to help.

1% from every transaction goes towards a Canadian arts nonprofit.